I’m not one of those blissed-out runners who flies over the pavement like someone spiked their nutrition gel with particularly excellent ecstasy.

Nor shall I ever be.

Fear keeps my feet turning over for miles down the road. I’m completely terrified. (And lo! Another indication that I am not entirely normal. Go figure.) 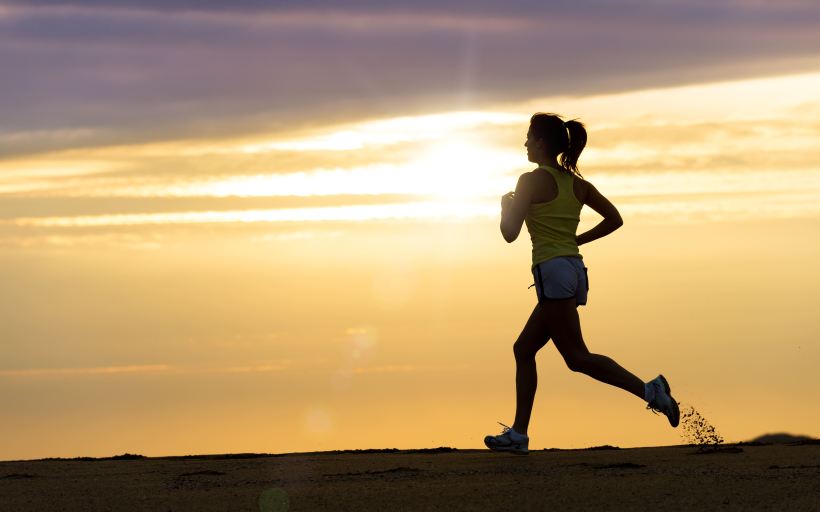 The run has always been my weak leg in triathlons, and the mental strain is the most difficult part:

I hear stories of this mythical place called “The Zone.” Apparently, runners will somehow reach “The Zone,” all worries will fade, and the miles will just fall away. There’s nowhere to be and nothing to do but keep turning the feet until the trail ends. Or they bonk, I suppose.

As far as I’m concerned, The Zone is bullshit. 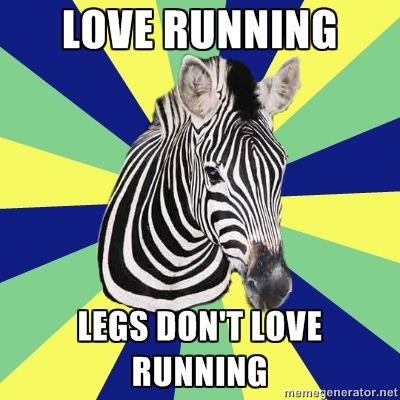 The more I can keep my form together, the better, it seems. Over three years of triathlon–not many, I admit–I have had at least eight injuries that have needed recovery time or that I’ve recovered from despite refusing to give them recovery time: a few strains, several tweaks, and a labrum tear. This is just my legs and hips, mind you.

It takes an obnoxious amount of attention to make sure that all of the above are happening, especially when I’m tired. When I stop paying attention, muscle memory doesn’t often take over. Instead, my form starts getting lopsided, and that’s when the injuries abound.

Problem #2- It Gets Dark In Here

I remember talking to a friend in undergraduate who ran for the university; he was pretty damn fast. But he told me once that he would think about suicide while he ran. If it wasn’t suicide and all the ways he could attempt it, he’d think about losing his brother or other people he really cared about. I wasn’t doing triathlons at the time, so I didn’t understand why the hell that’s what he thought about.

Granted, I’d struggled with some ugly thoughts for years, but I thought exercise was supposed to be all happy happy times.

And then I started running.

(Actually, that’s a lie. I started running when I was housesitting for my advisor over the summer and taking care of her amazing dog, Daisy. I love that dog. Daisy practically took care of herself, aside from walks, and loved to hang out next to me during the evening and sleep in the chair near the bed at night. I missing hearing that dog’s breathing and schnarfles while I was trying to fall asleep.)

Running unfocused means entertaining some of the nastier unicorns that jabber away in my head.

(At one point, my friend and I decided that aberrant thoughts where likely the product of a strange herd of unicorns living in the conscious mind, poking their horns in when they’re not wanted and otherwise causing trouble. Don’t ask.)

Running unfocused means thinking about what it will mean when my grandma dies, what happens when joint discomfort turns into joint aches turns into joint pain, and yes– what would happen if I were to kill myself. Who would find me? Would they be upset? What happens to my books? Would someone think to look through my computer to find the just-in-case document? Would anyone show up to my funeral, and who would actually want to be there?

It’s not exactly fun. It takes a lot of energy to hold on to the focus.

But I train that troublesome leg of the triathlon anyway because at some point, this happens: 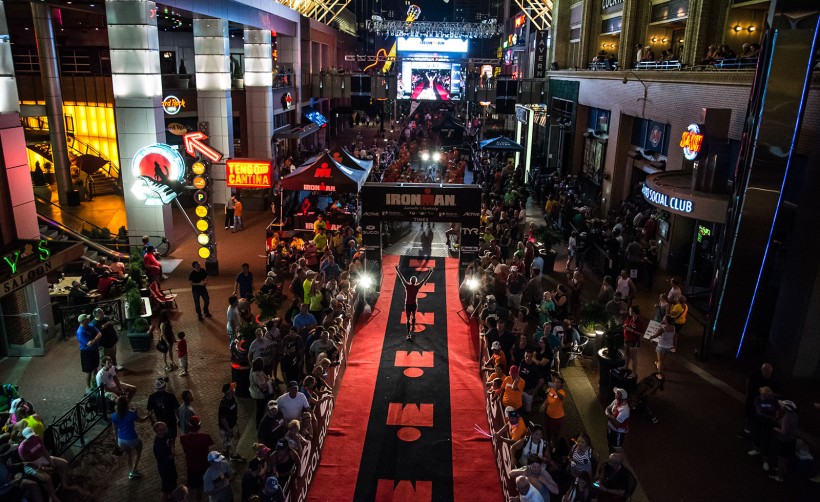 You are an Ironman!

At some point, all the crap in your head you’ve been running with (or running from–stifling that depressing shit with: “Am I over my toes? How is my gait?”) turns into A Moment. NB: A Moment is not The Zone.

A Moment is that brief flash where that crap just disappears, and you’re proud, satisfied, at peace with everything exactly how it is.

Maybe it lasts a second or maybe a day or even a week, but at least it happened, and the solution is no longer at the bottom of a bottle or the edge of a razor blade or the end of a blunt or whatever “vices” people adopt to shut the unicorns up. Eventually it fades away, and we have to start running again until the unicorns can’t catch up, and we reach another Moment.

So, running is worth it. Eventually. But until then, I absolutely dread that long run session every weekend…